SKI TOURING WITH SAFETY AND COMFORT

With Evo it’s not only much easier to step in, it’s also more comfortable and safer to ascend. Dynamic and safe skiing included, of course. User-friendly innovations, such as the solid stop for easy step-in, lateral release at the toe, practical handling and the stable, non-turning heel unit make every ski tour perfect.

All parts are manufactured in Switzerland and assembled into high-quality products in Reichenbach. After the assembly, every binding undergoes a meticulous quality control process, including a functional test. 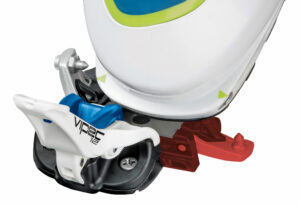 When a skier falls, the lateral forces will act in front where the ski is controlled. The Fritschi Vipec and Tecton are the only pin bindings with lateral release via the front unit similar to Alpine bindings. The boot is freed immediately upon release.

In conventional pin bindings, the boot is released in the back via a rotating heel unit. The boot is not released unless the clamping mechanism in the front is pushed open.

PRECISE AND SAFE CONTROL OF SKIS

Today’s touring skis and boots allow a considerably more dynamic style of skiing and the Vipec Evo is the right binding for this. Like alpine bindings, it is equipped with a solid non-turning heel and ensures in the back, where the highest forces are acting in downhill skiing, an optimal traction. 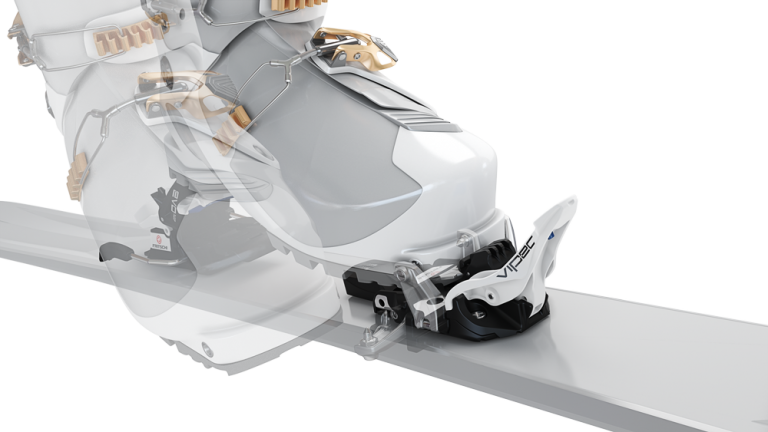 The boot is fixed and held in the middle, but the binding will release in response to highly active forces.

Clamping systems must be blocked while climbing to ensure stability.

Use of all functions with a ski pole

Switching from downhill to uphill mode and vice versa is very simple without having to step out of the binding. The three ergonomically synchronized walk mode levels can also be changed in no time with a pole. 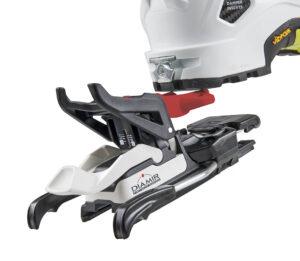 The tip of the boot is optimally positioned by means of a solid stop in front and a positioning guide. Responding to slight pressure, the system closes with the pin levers engaging precisely in the inserts.

The sequence of movements is comparable with that of an alpine binding.